This afternoon we found out that I Am More: Massachusetts subject, James “Jim” Dowd, who was also our friend and neighbor, died from brain cancer. I still find it miraculous that he was able to be a part of the project in the middle of his treatment, but I guess that’s the point. 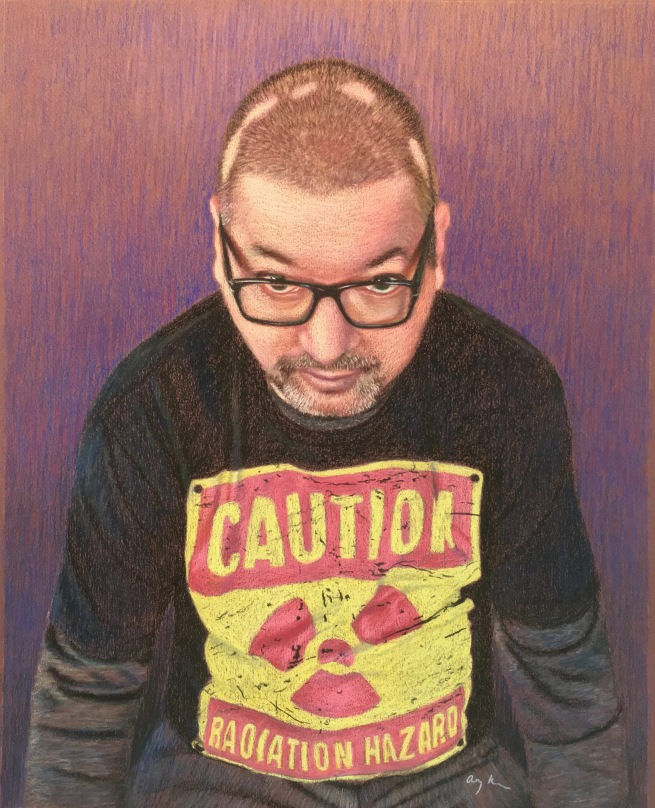 A month ago his wife asked friends to send them stories of life with Jim that they could read together as a family, and my husband Iain wrote this:

So I had this idea of building a drone to collect biological information from whales and call it SnotBot.

Everybody I spoke with, including most of my staff and funders at that time, thought it was a crazy idea. To say I was disappointed by the lack of enthusiasm is an understatement. And then I spoke to Jim and the tide turned. As soon as he heard it I think Jim said it was a “brilliant” idea.

So at a time when we had no money and an idea that pretty much everyone (apart from Jim) thought was crazy, we moved ahead. The Flying Car team of Jim and his partner Eric jumped in regardless of $$ and said, “Let’s make this happen.” I needed some enthusiasm and Jim was the man.

During an early Kickstarter conversation I said, “Do you think having a celebrity like Patrick Stewart would help…?” Jim said, “Are you fucking kidding me, absolutely!!”  So I called Sir Patrick and he quickly agreed. My idea was Patrick Stewart would be on camera and say:  “I want you to support this important work…that is important to whales, our oceans etc.” Thank heavens we went with Jim’s idea–Let’s harass Sir Patrick in the name of science.

I remember when talking with Patrick Stewart, I thought that he was in NYC and we would all jump into a van and drive down to NY, no problem. It was only when I asked Patrick for his address that I found out that he was in LA. “No problem,” said Jim so we all jumped onto a plane and flew to LA.  It was hard for me at times to keep a straight face with Jim there in his white lab coat – totally stoic while all the time over the moon to be hanging out with Sir Patrick Stewart:

I had a lame design for a logo, luckily Jim and Eric did not. The SnotBot stickers and patches are now collectors’ items and we have people from around the world asking for stickers and info on SnotBot. I play the two minute segment of Jim and I harassing Sir Patrick in every presentation I give, whether it be at the United Nations or just last week at Harvard. It always get great laughs and more importantly encourages people to think outside of the box.

Our Kickstarter campaign was successful, but more importantly, SnotBot has raised the profile of Ocean Alliance to an unimaginable level. Dare I say that SnotBot has Kickstarted Ocean Alliance-we have been featured in TED, the NY Times, Forbes, People Magazine, etc and that bastion of science, Martha Stewart Living.

Jim and Flying Car laid the foundation for success for Ocean Alliance that is keeping us afloat. Not only are we collecting data like never before, we are democratizing science by providing groups around the world with affordable tools for oceanographic research. This never would have happened if not for Jim’s enthusiasm, energy, flexibility, creativity and generosity.

Thank You, Jim. We (and the world’s whales) are in your debt!

4 thoughts on “Thank You, Jim”