Popo was never called “majestic,” “wise,” or “loyal,” certainly not “therapeutic,” he literally failed that test. Mostly he was called, “You little sh*t,” but my god did we love him.

In December of 2009 Dylan and I were on an errand in Lawrence, when she pointed out that the MSPCA’s Nevin’s Farm shelter was just over the border in Methuen, and she would like to stop by and walk a dog, to “help out.” She asked if they had a small dog she could walk, and they presented her with “Bailey.” Here’s what that moment looked like:

I knew we were in trouble.

Ironically his adoption report said, “Trouble.” He had lived in two homes where he had been crated all day and put on a line in the yard instead of walked. So when released from captivity he would tear the house apart and sh*t on the couch right in front of the owners. He had been at the shelter for a month. I said, “We’ll take him.”

I suggested Dylan rename him with something more original, and being a Lhasa Apso, of Tibetan origin (the favorite breed of the Dalai Lama), she researched Tibetan and came up with the name “Popo Pabu,” which meant “Lord Puffball.”

When you give a dog to a ten year old, this is the result: 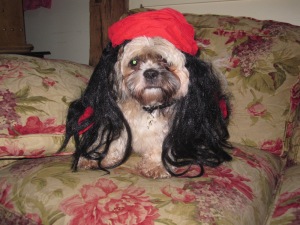 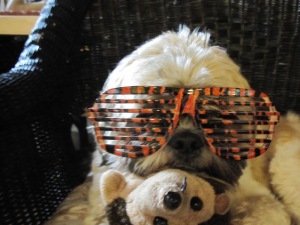 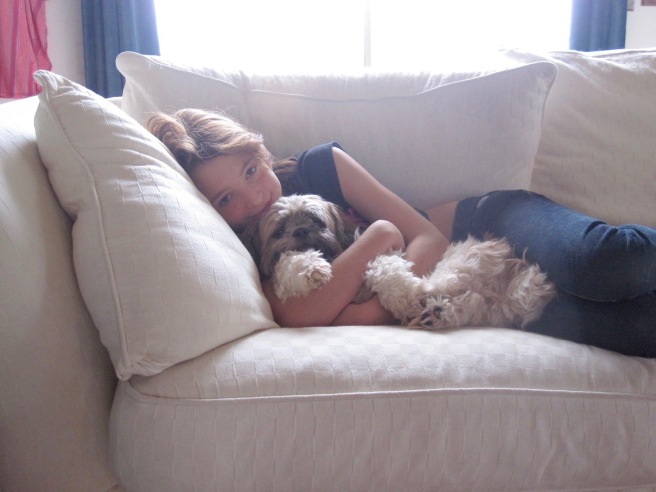 Iain protested our (my) rash decision – we still had elderly Keiku, but he adjusted: 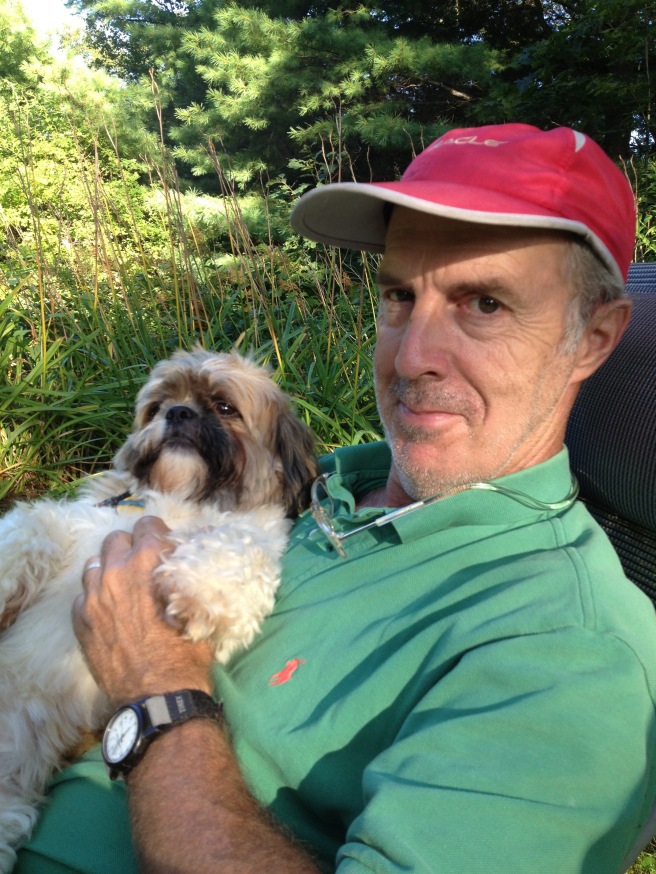 In one of his rare useful times, Popo became an alarm system for Keiku when she fell during the night, until she eventually passed… 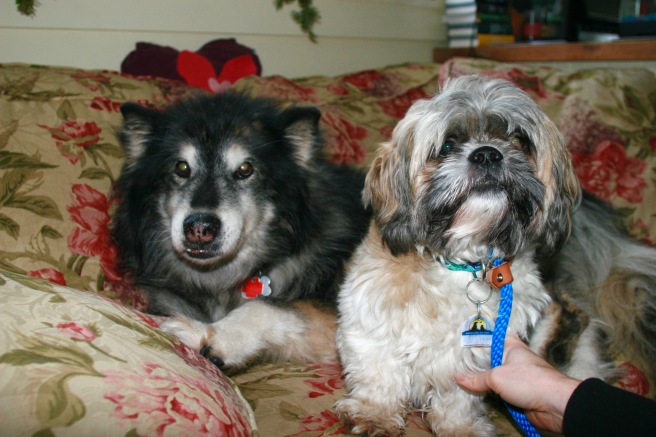 …and for a time he was the only dog of the house, seeing us through our move to Gloucester:

Once settled in his new home, he developed some interesting and mortifying hobbies. A dinnertime hump, with anything soft and fuzzy, including his dog bed or Dylan’s stuffed animals, so that every meal had the backdrop of Popo’s heavy breathing. When we left him to spend Christmas with a friend’s family while we were away on a trip, he was given a stuffed llama as a gift, which he proceeded to hump under the Christmas tree in front of the gathered family He had a knack for finding underwear that he would bring into the center of a social gathering to enjoy, biting anyone who tried to stop him.

Eventually Dylan gave up on him as a playmate and best friend, and asked for a redo. Enter Fiyero, the Puerto Rican Sato: 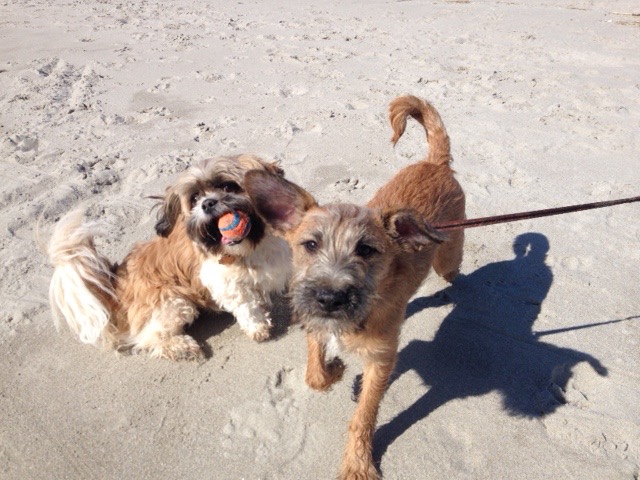 Fiyero grew and grew and grew, out of the “chihuahua mix’ the shelter sold him as, and into something else entirely. And his beloved companion was Popo:

With Dylan happy with her new companion, I could now openly call Popo my dog. He had always been my dog. I saved him from the costumes, the skits, the teasing, and let him be the ornery, lazy dog he was.

For eight years we loved him for all of his quirks. Then last week he got sick.

His liver was mysteriously failing and we were instructed to take him to the animal hospital immediately. For three brutal days we lived with the knowledge that he was suffering in his most hated place – a cage. We tried to keep his spirits up, but it took it’s toll on all of us. 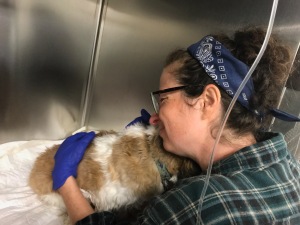 After seeing him decline by the third day, living with catheters on a pee pad, with a cone of shame, I told him I was not leaving that place without him. We told the doctor and staff to hand him over because he was going home.

I carried him to the car, thin, shaved, and covered in bandages, rolled down the window, and watched with pure joy as he pushed his face out into the breeze and the sunshine.

He had one last sniff in the grass: 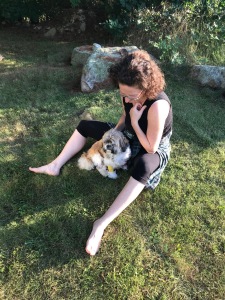 One last trip to the beach:

And one last good-bye with the girl who saved him:

We will remember him for his speed:

And the love and laughter he gave us everyday.